Frankenstein is a classic book that was written by Mary Shelley in 1818 – it is also sometimes also called “Frankenstein, or The Modern Prometheus” (download a free copy of the Frankenstein PDF by clicking the download button towards the end of this post).

Mary Shelley wrote the Frankenstein book when she was only 18 years old after taking a trip to Germany where she stayed close to Frankenstein Castle. It is said that while visiting the area she heard stories about an alchemist who had done many experiments at the castle and that this was the inspiration for her novel.

Just like Dracula, it is a gothic-style horror story that has captured our imaginations for generations!

When Was Frankenstein Written?

Frankenstein, or The Modern Prometheus, was written by Mary Shelley and was first published anonymously in 1818. It was published again in 1821 with Mary being credited as the author.

Although it was published in 1818, it was written after Mary Shelley took a trip to Europe with her future husband, Percy Shelley, in 1815. In 1816, Mary and Percy decided to have a competition to see who could write the best horror story, I think Mary might just have won that one!

Is Frankenstein The Monster?

[Victor] Frankenstein refers to his creation as “creature”, “fiend”, “spectre”, “the dæmon”, “wretch”, “devil”, “thing”, “being”, and “ogre”. Frankenstein’s creation referred to himself as a “monster” at least once, as did the residents of a hamlet who saw the creature towards the end of the novel.

In the story, Victor Frankenstein is a scientist who was born in Italy. As a child, he is very interested in the famed elixir of life.

The elixir of life, also known as elixir of immortality and sometimes equated with the name philosopher’s stone, is a potion that supposedly grants the drinker eternal life and/or eternal youth. This elixir was also said to cure all diseases.

He goes on to study mathematics and chemistry and becomes fascinated by the creation of life. Through his experiments, he discovers a way to bring life to lifeless objects. He begins building his own human-like creature and manages to successfully bring it to life. However, once the creature is born, Victor is horrified by what he has done.

(Spoiler Alert! Skip To The End Of The Post To Download Your Free Copy Of The Frankenstein PDF Book)

Victor is an admired scientist who is fascinated by the creation of life. He comes up with the idea to use alchemy, chemistry, and electricity to bring lifeless bodies to life. After much experimentation, he manages to bring life to a human-like creature that he builds out of various body parts. However, after the creature is born Victor is appalled by the creature’s ugliness and what he has done. Instead of dealing with what he has done he runs away and abandons the monster.

The monster, who has the mind of a small child wanders around the wilderness. He hides from people because everyone he encounters is terrified of him. He eventually ends up living alongside a family who doesn’t know that he is there. He learns to read and speak by listening to them and watching them. The father in the family is blind and he treats the monster with kindness when the monster meets him. However, when the rest of the family sees him, they are terrified and chase him away. The monster is heartbroken and swears revenge on his creator.

In the meantime, Victor had hoped that the monster had disappeared forever. However, he soon receives news that William, his younger brother, had been murdered. Victor believes that the monster murdered William but because he is scared that no one will believe him, he doesn’t come forward with the truth. After William’s death, Justine Moritz, the family’s servant is accused of his murder and she is executed for it.

Victor is wracked with guilt and visits Mount Montanvert in the Alps to try to find some peace for his soul. There he sees his monster who confronts him and asks him to take responsibility for what he has done. The monster tells him about the incredibly difficult life he has had and how he has been rejected because of his appearance. The monster begs Victor to build a female companion for him. Initially, Victor agrees. But before he can bring the female monster to life he realizes that the consequences of what he is doing could be catastrophic so he destroys her.

The monster is furious when he realizes what Victor has done and he kills Victor’s best friend, Henry Clerval.

Victor is devastated and goes home to his family in Geneva. There he marries his beautiful foster sister, Elizabeth, who he has loved and adored for his entire life. However, the monster also kills Elizabeth, leaving Victor’s father with a broken heart. Victor’s father dies of grief soon thereafter and Victor swears that he will hunt down and destroy the monster he has created.

Victor tracks the monster to the Arctic but he becomes trapped on breaking ice where he is rescued by Robert Walton and his crew. He dies soon after his rescue. In Walton’s last letter to his sister, he describes how he met the monster and how the monster grieved over Victor Frankenstein’s dead body. The monster is so overcome by grief that he vows to commit suicide by burning himself alive. He then disappears, never to be seen or heard from again.

Who is Justine In Frankenstein?

Justine Moritz is the housekeeper for the Frankenstein family. She becomes the family’s housekeeper after her mother dies at a young age. She is quite close to the family but is especially close to Elizabeth, Victor Frankenstein’s foster sister. When William, Victor’s younger brother is murdered, Justine is accused of the killing because she is found with William’s locket which the monster planted on her. A priest convinces her that she will go to hell if she doesn’t confess to the murder. She admits to the murder even though both herself and Victor know that she is innocent. She is hanged for the crime.

How Many Pages Are There In The Frankenstein Book?

How Many Frankenstein Movies Are There?

Believe it or not, there are over 100 Frankenstein movies out there! These movies range from horrific and scary all the way through to family-friendly cartoons. However, Universal Pictures created 8 movies in a series dedicated to the Frankenstein story. The first movie was released in1931.

What order do the Frankenstein movies go in?

Universal Pictures created a series of Frankenstein movies that brought the legend of Frankenstein to life on the big screen for the first time. The movies run in the following movie order:

What Is The Most Accurate Frankenstein Movie?

Most people agree that Mary Shelley’s Frankenstein, which was released in 1994, is the most accurate Frankenstein movie. The movie mostly stays true to the original book and it explores all the themes which Mary Shelley covered. It stars Robert De Niro as Frankenstein’s monster and was directed by Kenneth Branagh.

You can download your free copy of the Frankenstein PDF book by clicking the button below. Depending on what device you are using, the PDF book will either open in a new tab or download to your device.

If you would like to download a copy of the Frankenstein PDF book to your device, you can right-click the button and choose “Save As…”.

Yes, it is! Mary Shelley published Frankenstein in 1818 and it is in the public domain so it is completely free to download and read.

Frankenstein is a masterpiece that was written by Mary Shelley in 1818. It explores the human condition and its weaknesses and prejudices. It also explores the idea of man playing God and the terrible consequences of doing so. All in all, it is a thought-provoking, tragic story that should be on everyone’s to-read list. Download a copy of our Frankenstein PDF here. 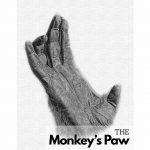 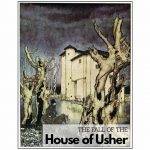