The Great Gatsby was written by Francis Scott Fitzgerald in 1925 and it tells a tragic story of love and betrayal that is based on the decadent and privileged lives of its four wealthy main characters.  The story is told through the eyes of Nick Carraway, the narrator of the story. And takes place in the summer of 1922 (download a free copy of the Great Gatsby PDF by clicking the button below).

You can download your free copy of The Great Gatsby PDF by clicking the buttons below. Depending on what device you are using the PDF book will either open in a new tab or it will download to your device.

If you would like to download a copy of The Great Gatsby PDF to your device, you can right-click either of the buttons and choose “Save As…”.

Is It Free To Download The Great Gatsby PDF?

Yes, it is! The Great Gatsby was first written and published by F.Scott Fitzgerald in 1925 and entered into the public domain at the end of 2020 so the PDF book is completely free to download and read.

Nick Carraway, the narrator of the story, has returned from the war and decides to settle in West Egg, Long Island.  He lives next door to Jay Gatsby, a mysterious man who is incredibly wealthy and is known for his incredibly extravagant lifestyle and parties.

Jay Gatsby is in love with Nick’s cousin, Daisy Buchanan, and everything he does is for the sole purpose of winning her love.

Jay Gatsby first met Daisy when he was only a middle-class military officer.  And although she was from an affluent family, she promised she would wait for him to return from the war.  However, while Jay was away, Daisy instead married Tom Buchanan, a man from an enormously rich Chicago family who promised her the type of lifestyle she craved.

On his return from the war, Jay Gatsby makes it his life mission to win Daisy back and he devotes himself to becoming incredibly wealthy believing that by doing so he would win her back.

Tom Buchanan, Daisy’s husband, is a former Yale football star who sees himself as the top of an elite social hierarchy.  He is arrogant, cold, unfeeling and unfaithful.  He is having an affair with Myrtle Wilson, an ordinary woman who is married to George Wilson, the owner of an auto garage.  Myrtle dreams of a life of glamour and privilege and so feels little sense of guilt in betraying George. George however is devoted to Myrtle and finds his happiness with her.

As the story unfolds, we see how Jay Gatsby uses Nick to become the link between himself and Daisy. Tom however is not happy and confronts Jay Gatsby about his obsession with Daisy.

The story climaxes when Daisy kills Myrtle Wilson by running her over with Jay Gatsby’s car.  Jay tells Nick that he was driving the car and takes the fall for Daisy.   George Wilson is devastated and after tracing the car to Jay Gatsby, he shoots Gatsby dead and then turns the gun on himself.

After Gatsby’s funeral, Nick returns to his home in the Midwest, completely disillusioned by the experience.

Is The Great Gatsby PDF A Difficult Read?

The Great Gatsby isn’t usually a difficult read and it takes the average reader about four to five hours to complete. It is however filled with symbolism and the story is very nuanced so not everyone will be able to get the full meaning of the story in a single read.  The Great Gatsby is a story within a story.  It’s the story of Nick Carraway’s experience in Long Island intertwined with Jay Gatsby’s story which is told from Nick’s point of view, in the form of flashbacks to Jay Gatsby’s life.

Is The Great Gatsby A Banned Book?

No, The Great Gatsby is a book that has become an acclaimed masterpiece that is read and taught throughout the world.  It is a social commentary on the American lifestyle with an emphasis on the contrast between morality and decency versus decadence and self-indulgence.

That said, The Great Gatsby book has been banned from being taught in the Mat-Su Borough School District in Alaska where the school board voted that the book was too controversial for its students.

The Great Gatsby is rated PG-13.

How Long Will It Take To Read The Great Gatsby PDF?

It usually takes the average reader about four to five hours to read the PDF book and it generally isn’t a difficult read.

How Many Pages Is The Great Gatsby PDF?

The Great Gatsby PDF has an average of about 150 to 200 pages depending on the print and page size.

What Is The Main Message Of The Great Gatsby?

I think one of the biggest takeaways from The Great Gatsby is that money can’t buy you love or friendship. It explores the moral emptiness of the upper class of the time and how even though they literally can have anything they please, their lives are still unfilled and empty. An example of this is clearly shown when Jay Gatsby dies – all the people that attended his extravagant parties and took advantage of his wealth did not even bother to attend his funeral.

At What Age Should You Read The Great Gatsby?

Is The Great Gatsby Worth Reading?

Yes!  The Great Gatsby is a rags-to-riches story intertwined with love and mystery which takes place in a decadent era of American history.  It takes a fascinating look into human nature and all its flaws.

What Does The Great Gatsby Say About Love?

The Great Gatsby explores the theme of love quite extensively and it is interesting to read about how all the relationships in the book intertwine until the final tragic climax. From the book, we see that love is sometimes one-sided and it isn’t always rational. Love also isn’t always how we imagine it to be and even though we may imagine someone to be perfect, they are usually very far from it.

The Great Gatsby – The Movie

The Great Gatsby has been made into a movie four times already! The latest version, released in 2013, stars Leonardo DiCaprio as Jay Gatsby and Toby Maguire as Nick Carraway. It came with mixed reviews with the general consensus being that neither this movie, nor any of the previous ones, compare to actually reading the book itself.

The Great Gatsby PDF is a must-read for anyone who enjoys exploring the themes of love, power, greed, and betrayal. Francis Scott Fitzgerald’s book explores how different social classes interact with each other and how each has its own challenges and difficulties. 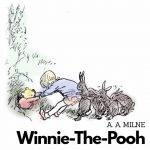 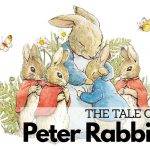 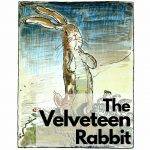 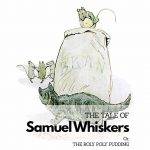 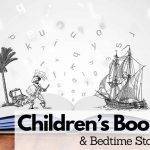 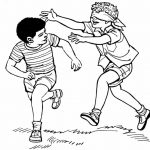