The Tale Of Timmy Tiptoes PDF

You can download your free copy of The Tale of Timmy Tiptoes PDF by clicking the button below. Depending on what device you are using, the PDF book will either open in a new tab or download to your device.

If you would like to download a copy of The Tale of Timmy Tiptoes book to your device, you can right-click the button and choose “Save As…”.

Is The Tale Of Timmy Tiptoes Free To Download?

Yes, it is! The Tale Of Timmy Tiptoes was first published by Beatrix Potter in 1911 so it is now in the public domain. You are therefore welcome to download and read it for free. Let us know if you enjoy it!

The Tale Of Timmy Tiptoes Summary

The Tale Of Timmy Tiptoes begins by introducing us to Timmy, a fat grey squirrel who lived at the top of a tall tree. He was married to a little squirrel called Goody. With winter approaching Timmy decided that they should start storing food for the winter and spring.

Every day Timmy and Goody went out to collect nuts and they stored them in hollow stumps close to the tree where they lived. When those stumps became full they started storing their nuts in a hole high up in a tree that belonged to a woodpecker. The hole was very deep and Goody wondered how they would get the nuts out again.

There was a squirrel in the wood by the name of Silvertail who was the most forgetful squirrel of them all. He would hide his nuts by burying them in the ground. He would however forget where he buried them and then they would be lost. He would then dig up some of the other squirrels’ nuts thinking they were his and before long the squirrels were fighting among themselves.

They caught him and dragged him to the woodpecker’s tree and they forced him through the hole imprisoning him in the tree. They decided to leave him there until he confessed to stealing the nuts.

When Timmy didn’t come home that night, Goodie became very worried and began searching for him the next day.

In the meantime, Timmy had woken up to find himself tucked in a bed made of moss. He really didn’t feel good and his ribs were sore. Suddenly a chipmunk appeared. He was very kind to Timmy and took care of him. The Chipmunk started feeding Timmy nuts and Timmy knew that if he got any fatter he would not be able to get out of the hole at the top of the tree. He also knew that Goody would be worried about him.

Although she was worried about Timmy, Goody Tiptoes got back to work collecting nuts but instead of throwing them into the hole in the woodpecker’s tree, she hid them under a tree root. And when she did, they rolled down into the ground. One day she emptied a big bag of nuts into the spot under the tree root and she heard a squeak. The next time she came to empty the bag a little striped Chipmunk hurried out of the hole.

She told Goody that all the nuts were filling up her sitting room and that they were rolling along her passage. She explained how her husband, Chippy Hackee had run away and left her and she wanted to know why Goody was throwing nuts into her home.

Goody apologized and explained how her husband had also disappeared. Mrs. Chippy Hackee said that a bird had told her where Chippy was so she led the way to the woodpecker’s tree and they listened at the hole.

They heard singing coming from the bottom of the hole! They heard the sound of cracking nuts and lots of nibbling. Goody peeped into the hole and called for Timmy Tiptoes. When Timmy heard her calling him he was very happy and kissed her through the hole. But he was so fat that he couldn’t get out!

Chippy Hackee wasn’t fat at all but he didn’t want to come out so he stayed at the bottom of the hole chuckling.

One day there was a big wind storm and the wind blew the top of the tree right off. Timmy managed to escape and made his way home but Chippy Hackee stayed behind. Although the hole was not comfortable because the rain got in he still didn’t want to go home.

One day a rather big bear came strolling through the woods. Chippy Hackee got a fright and ran home quickly. When he got home he realized that he had also managed to get a cold so he wasn’t feeling very well at all.

In the meantime, Timmy and Goody Tiptoes had decided to keep their nut stored safe with a padlock.

The Tale Of Timmy Tiptoes Narration

The Tale of Timmy Tiptoes is the first of Beatrix Potter’s books to introduce a Chipmunk to her stories. It also contrasts the loving relationship between Timmy Tiptoes and his wife Goody, with the rather unloving chipmunk Chippy Hackee who had abandoned his family. Download The Tale Of Timmy Tiptoes PDF here. 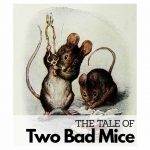 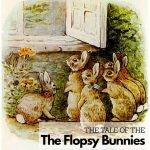 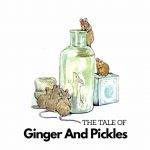 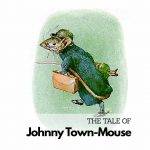 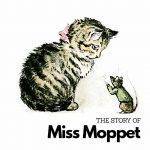 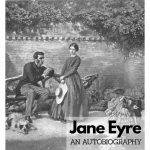