Beatrix Potter was born in England on the 28th of July 1866. She came from an upper-class family and was educated by governesses. Because she didn’t go to school she spent most of her time with her younger brother Bertram. The two children had lots of pets and Beatrix developed a love of nature from a very young age. She also loved drawing and painting and in 1902 she self-published her very first Beatrix Potter children’s book, The Tale of Peter Rabbit.

The Tale Of Peter Rabbit was a huge success and Beatrix ended up writing and publishing 22 more books which she beautifully illustrated herself. During that time she bought a farm called Hill Top Farm whose landscape was the inspiration for many of her books. Over time she purchased more farms and when she died she left most of her properties to the national trust and much of that land is now found in the Lake District National Park.

All Beatrix Potter books are now in the public domain so you are free to download and read them. We have put together her books in PDF format so you can easily download and enjoy them with your children. They really are the perfect bedtime stories for toddlers and young children. And their gorgeous drawings and illustrations make them just that much more special!

The Tale Of Peter Rabbit is one of the first Beatrix Potter books. It is also arguably one of her most famous! It tells the story of naughty Peter Rabbit who disobeys his mother and sneaks into Mr. McGregor’s garden.

The Tale of Peter Rabbit

The Tale of Squirrel Nutkin

The Tailor Of Gloucester is Beatrix Potter’s third book and it is said to have been one of her personal favorites. It is the story of a tailor who gets unexpected help from a very clever group of mice.

The Tailor of Gloucester

The Tale of Benjamin Bunny is the sequel to The Tale of Peter Rabbit. In this Beatrix Potter book, Peter and his cousin Benjamin, go back to Mr. McGregor’s garden to try to find the clothes he lost.

The Tale of Benjamin Bunny

In the Tale of Two Bad Mice, two little mice by the names of Tom Thumb and Hunca Munca break into a dollhouse believing that the food inside the house is real.

The Tale of Two Bad Mice

The Tale of Mrs. Tiggy-Winkle tells the story of a very kind hedgehog who helps a little girl by the name of Lucie find her handkerchiefs.

The Tale of Mrs. Tiggy-Winkle

In The Tale of The Pie and The Patty-Pan, we meet a cat called Ribby and a dog called Duchess. Ribby invites Duchess for lunch but Duchess really doesn’t like the idea of mouse pie!

The Tale of The Pie and The Patty-Pan

Mr. Jeremy Fisher would like to invite his friends for lunch so he sets out on a fishing trip to try to catch some fish. It doesn’t go as well as he had planned!

The Tale Of Mr. Jeremy Fisher

The Story of a Fierce Bad Rabbit is probably one of the shortest Beatrix Potter books and was written with very small children and toddlers in mind. See what happens when a mean rabbit bullies and steals from his friend.

The Story of a Fierce Bad Rabbit

The Story of Miss Moppet is another one of Beatrix Potter’s books that is short and quick and it was also written with very small children and toddlers in mind.

The Story Of Miss Moppet

The Tale of Tom Kitten follows the story of Tom Kitten and his sisters, Moppet and Mittens. Their mother is having a tea party and the naughty little kittens manage to get themselves into trouble before the guests arrive.

The Tale of Tom Kitten

Jemima Puddle-Duck is really angry that the farmer’s wife keeps stealing her eggs. She leaves the farm so that she can find a safe nest for them but she soon meets a stranger that is just a little bit too kind!

The Tale of Jemima Puddle-Duck

The Tale of Samuel Whiskers

The Tale of The Flopsy Bunnies

The Tale of Ginger and Pickles

We met Mrs. Tittlemouse in The Tale of The Flopsy Bunnies for the first time. Beatrix Potter decided to expand on her story by giving her her very own book.

The Tale of Mrs. Tittlemouse

Timmy Tiptoes is a little squirrel who is storing up nuts for the winter. However, the other squirrels believe that he is a thief so they imprison him in a hollow tree.

The Tale of Timmy Tiptoes

In The Tale of Mr. Tod, Peter Rabbit and Benjamin Bunny have to rescue Benjamin’s baby bunnies from a badger who has kidnapped them!

The Tale Of Mr. Tod

In The Tale of Johnny Town-Mouse, we meet a little country mouse by the name of Timmie Willie. Timmie ends up in the city after falling asleep in a vegetable hamper. He meets Johnny and the two become friends.

The Tale of Johnny Town-Mouse

How Much Was Beatrix Potter Worth When She Died?

It is estimated that Beatrix Potter was worth between $10 million when she died (about $20 million adjusted for inflation). Her wealth was built through the sale of her Beatrix Potter books as well as through merchandise.

Did Beatrix Potter Have any Children?

Beatrix Potter didn’t have any children. Before moving to Hill Top Farm, Beatrix’s parents had hoped that she would stay with them and look after their home and estate. She eventually ended up only getting married in her forties.

Although she didn’t have any children of her own, she seemed to love children and her writing career began by writing letters to one of her former governess’s children. Later in her life, it is also said that she was very fond of her husband’s nieces.

How Old Was Beatrix Potter When she Died?

Beatrix Potter was 77 years old when she died in 1943. She died from Pneumonia and heart disease.

When Beatrix Potter Died she left most of her money and her estate to the National Trust and a large portion of that land is now part of the Lake District National Park. After her death, Hill Top Farm was opened up to the public for visitors and a lot of her art was displayed there.

It is said that Beatrix Potter was very happily married to her husband William Heelis and they were married for 30 years.

However, before Beatrix married William she was engaged to her publisher, Norman Warne.  The two had worked together on Beatrix Potter’s books and when she wrote A Tale Of Two Bad Mice, they became very close.  Norman Warne proposed to Beatrix and she accepted to the dismay of her parents who believed Norman was of a lower social class.

However, before Beatrix and Norman could get married,  Norman passed away unexpectedly.  Beatrix was away at the time so she tragically couldn’t say goodbye to him.

What Happened To Beatrix Potter’s Brother?

Beatrix’s brother, Bertram Potter, died in 1918 at the age of 46.  Just like Beatrix, Bertram loved nature and living in the country.  In 1902, Bertram married Mary Welsh Scott but the marriage was kept secret because his parents would never have approved.  Just like Norman Warne, Beatrix Potter’s fiancé, Mary was from a lower social class.

After a decade, Bertram finally told his parents and they were so unhappy with him that his father wrote him out of his will.   Bertram died unexpectedly from a stroke in 1918. 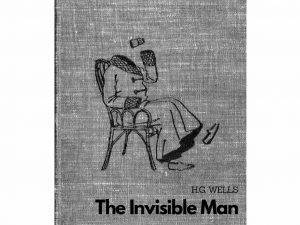 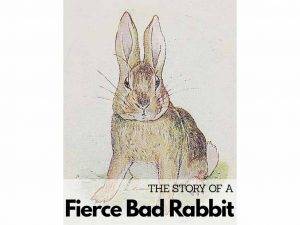 The Story Of A Fierce Bad Rabbit | Free PDF Download 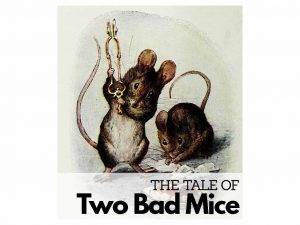