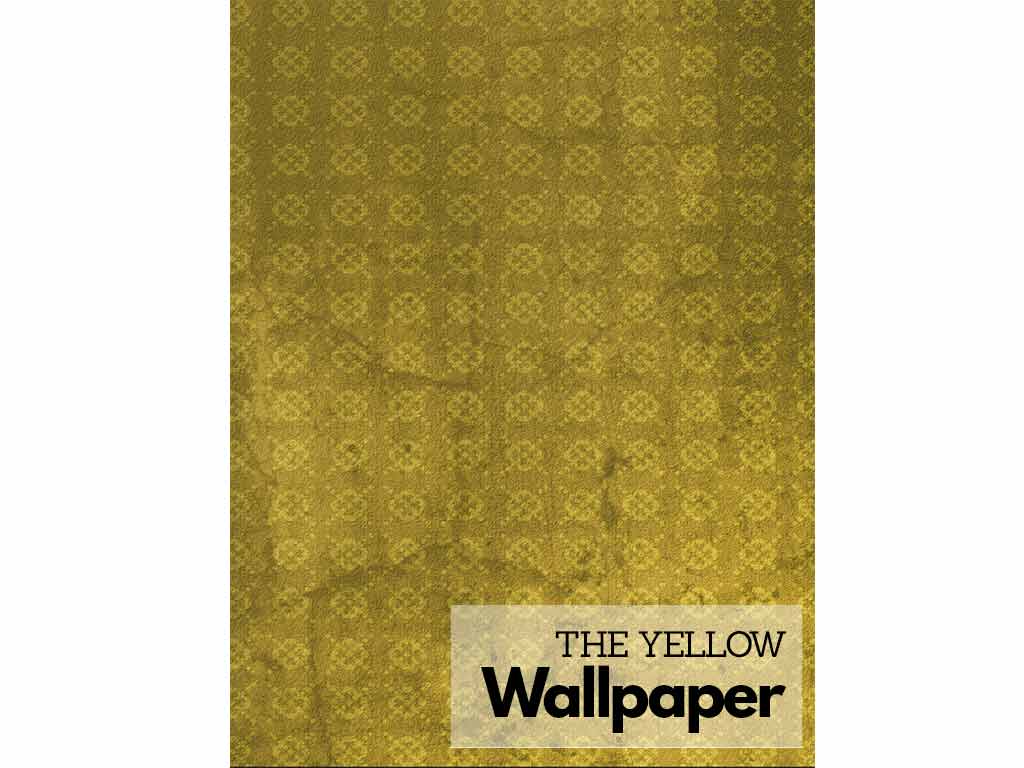 The Yellow Wallpaper was written by Charlotte Perkins Gilman and first published in 1892. It is a gothic-style short story that explores themes of despair, helplessness and insanity (download a free copy of The Yellow Wallpaper PDF by clicking the button below). The story is based on Charlotte Perkins Gilman’s own experiences with postnatal depression. Just like the narrator in the Yellow Wallpaper, she was also prescribed “rest cure”. Her doctor, Weir Mitchell, is actually mentioned by name in the narrator’s story as well. “Rest cure” was very detrimental to Charlotte and it proved far more damaging to her than good.

If you would like to download a copy of the PDF book to your device, you can right-click either of the buttons and choose “Save As…”.

Yes, it is! Charlotte Perkins Gilman first published The Yellow Wallpaper in 1892 so it is in the public domain. You are therefore welcome to download and read it for free. We hope you enjoy it!

The Yellow Wallpaper takes the form of a journal written by a woman whose husband John, a well-known doctor, prescribes “rest cure” for her after their baby is born. She is suffering from “temporary nervous depression” and the “rest cure” is meant to treat her. Her brother, also a well-known physician, agrees with her husband’s diagnosis so she feels powerless to argue even though she feels that freedom, activity and interesting work would help her condition.

Her husband arranges a summer home for them which the author describes as a “colonial mansion, a hereditary estate”. Her husband’s sister Jennie works for them as their housekeeper and she is responsible for all the housework, cooking and even the care of their newborn baby.

As part of her treatment, we are told that the narrator is meant to simply rest in bed, get lots of fresh air and not do any type of work, including writing and reading which the woman in the story seems particularly fond of. She keeps a secret journal to “relieve her mind”.

We learn that even though the narrator’s treatment is making her feel worse, she is scared to tell anyone because she is afraid that they will think that her condition is getting worse. Her husband has told her that if she doesn’t get better that she will have to go to another doctor by the name of Weir Mitchell, who is even more strict than her husband and brother are (Dr. Weir Mitchell is the real-life doctor who treated Charlotte Perkins Gilman when she suffered from post-natal depression).

We learn that the narrator is generally confined to an upstairs room which she says is a nursery. As the first couple of weeks pass we see how she starts to long more and more for stimulating conversation and activities. Although it seems like John genuinely cares for her well-being we see that he belittles her concerns, thoughts, feelings and opinions believing that he knows what is best for her. Even though the narrator of the story is a new mother she doesn’t have very much contact with her baby and she isn’t allowed to care for them.

During this time, the narrator becomes very preoccupied with the yellow wallpaper in the nursery. She asks John if they can change rooms but he dismisses her suggestion. She becomes more and more fixated on the wallpaper and starts to see strange patterns and designs in it. She begins to describe the wallpaper and its sickly yellow color, it’s very strange and bizarre patterns and how, in the moonlight especially, the patterns seem to change.

The narrator’s family comes to visit for the Fourth Of July and we are told that the visit has made her even more tired than before. Because she spends so much time on her own the yellow wallpaper becomes more and more intriguing to her. As she watches and studies it she begins to see what she thinks resembles a woman who is “stooping and creeping” behind the main pattern of the wallpaper which begins to look like the bars of a prison or cage.

She tries to speak to her husband but he doesn’t take her concerns seriously at all which makes her become even more obsessed with the wallpaper.

Soon the woman in the yellow wallpaper becomes clearer and it looks like she is trying to escape from behind the pattern. The narrator even can see her shaking the bars at night. She begins to suspect that John and Jennie are aware of her obsession with the yellow wallpaper and she decides that she must get rid of it. She begins peeling it away during the night and the next day she becomes frantic trying to free the trapped woman in the wallpaper.

By the end of the story, the narrator has lost touch with reality and she believes that there are more women creeping around and that she herself is the woman trapped in the wallpaper. She locks the room so that nobody can enter. When John arrives home he can’t get into the room and she refuses to open the door. When he finally manages to open the door, he sees what has become of his wife and we are told he faints in the doorway.

There have been a few film adaptations of The Yellow Wallpaper so far with the latest release being in 2021 / 2022. The movie received mixed reviews but the general consensus is that it did stick to the original story well. The movie stars Alexandra Loreth as Jane (the narrator from The Yellow Wallpaper) Joe Mullins as her husband John and Jeanne O’Connor as Jennie, her sister-in-law.