A Little Princess is a children’s story that follows the life of Sara Crewe, a young girl from a wealthy family who suddenly loses everything including her fortune when her father passes away. The story teaches kids valuable lessons about the realities of class in society. Download The Little Princess PDF free below to get to know Sara.

You can download your free copy of the A Little Princess PDF by clicking the button below. Depending on what device you are using, the PDF book will either open in a new tab or download to your device.

If you would like to download a copy A Little Princess book to your device, you can right-click the button and choose “Save As…”.

Yes, it is! A Little Princess was first published in 1905 so it is in the public domain. You are therefore welcome to download and read it for free! We hope you enjoy it!

Sara Crewe is a 7-year-old girl who lives with her father, Captain Ralph Crewe, in India. He is a wealthy English man who is raising Sara on his own because his wife passed away. He adores Sara and wants nothing but the best for her. He decides that, instead of remaining in India, she should attend boarding school in London. He enrolls her into Miss Minchin’s Seminary for Young Ladies. Although Sara doesn’t want to leave her father she promises herself that she will be brave.

Captain Crewe wants Sara to receive the best of everything so he pays the headmistress, Miss Minchin, extra for a private room, a personal maid and even a private carriage and pony for Sara. Initially, Miss Minchin dotes over Sara because of her money but she is secretly very envious and bitter.

In spite of Sara’s special treatment and extra luxuries, she doesn’t become conceited or mean. She stays true to her good nature and quickly makes friends with some of the students as well as a scullery maid called Becky. When everyone at the school starts calling Sara “Princess”, she embraces the name because she believes all princesses are good and kind-hearted.

When Sara turns eleven, Miss Minchin arranges a lavish party for her. However, Miss Minchin receives news that Captain Crewe has passed away after catching Jungle Fever. Not only that, but he also lost his fortune in a bad investment in diamond mines.

Miss Minchin is furious because she is now left with the bill for the lavish party, Sara’s school fees and the other luxuries her father was supposed to pay for. Miss Minchin promptly takes away all Sara’s possessions and makes her live upstairs in a horrible cold attic. She forces her to work as a servant and humiliates her.

Over the next few years, Miss Minchin’s treatment of Sara becomes increasingly worse. Not only does she treat Sara badly but the other servants do as well, all except for Becky who remains a good friend to her. Over time Sara is forced to work long hours, her clothes become worn out and she doesn’t have enough food to eat. To help her through her difficulties Sara pretends that she is actually a princess disguised as a servant and she sometimes she even imagines that she is a prisoner in the Bastille.

Although Sara is really struggling she remains kind and gentle. One day she picks up a coin on the street and buys herself some bread at a local bakery. She sees a girl that is about her age begging for food and she decides to give her the bread even though she is starving herself. The baker sees what she does and although he would like to reward her for her kindness, he can’t find her. He decides to pay her kindness forward by giving the beggar girl food and shelter.

There is a very wealthy gentleman by the name of Mr. Carrisford who lives next door to the school. he has an Indian assistant by the name of Ram Dass and they both notice Sara and feel bad for her. One day Ram Dass’s pet monkey escapes into the adjoining attic where Sara lives and Ram Dass and Sara become friends.

Ram Dass tells Mr. Carrisford about Sara’s terrible living conditions so they secretly start to buy her things to make her life a bit more comfortable. They leave the gifts in her room when she is either out or asleep and Sara and Becky believe that magical elves are bringing the gifts to her.

One day Mr. Carrisford sends Sara a gift of new clothes and Miss Minchin begins to panic thinking that Sara may have a wealthy relative who is sending her gifts. She starts to treat Sara with a bit more dignity and even allows her to go to class rather than work as a servant.

One evening, Ram Dass’s monkey escapes to Sara’s room again and Sara decides to take him home herself. When she visits Mr. Carrisford’s house the next day it comes up in conversation that she was born in India. They question her and they soon discover that she is Captain Crewe’s daughter.

He tells Sara that her father’s investment before his death was a great success after all and that she is now very wealthy. He also tells her that he and Ram Dass were the ones who brought gifts to her attic. He asks Sara to come and live with them and she accepts. She also asks Becky to live with them as her personal servant.

On finding everything out, Miss Minchin tries to sweet-talk Sara into coming back to the school and even threatens to keep her friends from her. Mr. Carrisford promptly puts her in her place and she is furious because she has lost her chance at getting more money.

The story ends with both Sara and Mr. Carrisford’s health and happiness improving tremendously. He becomes a father figure to her and they couldn’t be happier!

There have been quite a few movie adaptations of A little Princess.

The 1995 adaptation of A Little Princess was directed by Alfonso Cuaron and although not a massive box office hit it did win a number of awards and was critically acclaimed. It received two Oscar nominations for art direction and cinematorgraphy.

A Little Princess is another beautiful story written by Frances Hodgson Burnett and it should be on everyone’s must-read list. You can download a copy of our A Little Princess PDF here to read and enjoy. 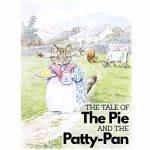 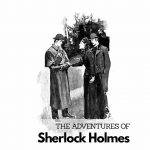 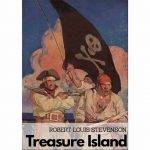