I think we can all agree that the last couple of years have been a bit crazy, to say the least! So many people have been affected by Covid and the many restrictions and mandates that have been introduced across the world.  It feels like the cost of living is skyrocketing along with electricity, power and natural gas prices.  Is it time to start looking at alternative ways to generate power?  Could a DIY solar generator be the answer?

Building a DIY solar generator has many advantages.  These include allowing you to become energy independent, lowering your energy bills, minimizing your carbon footprint as well as avoiding utility rate hikes. Over time your savings can really add up, especially if you are able to build your own DIY solar generator.  By building your own solar generator you can avoid the high installation and equipment costs that are charged for traditional solar installations.

How Bad Is Inflation Right Now & How Does It Affect My Electric Power Bill?

The US Energy Information Administration (EIA) released its Winter Fuels Outlook report in January and some of the statistics are quite scary.

As we head into the winter of 2021–22, retail prices for energy are at or near multiyear highs in the United States. The high prices follow changes to energy supply and demand patterns in response to the COVID-19 pandemic. We expect that households across the United States will spend more on energy this winter compared with the past several winters because of these higher energy prices and because we assume a slightly colder winter than last year in much of the United States.

Even when we vary weather expectations, we expect the increase in energy prices as the United States returns to economic growth to mean higher residential energy bills this winter:

* We expect the 41% of U.S. households that heat primarily with electricity will spend 6% more—15% more in a colder winter and 4% more in a warmer winter.

* The 5% of U.S. households that heat primarily with propane will spend 54% more—94% more in a colder winter and 29% more in a warmer winter.

* The 4% of U.S. households that heat primarily with heating oil will spend 43% more—59% more in a colder winter and 30% more in a warmer winter.

An analysis by HelpAdvisor of the Household Pulse Survey also found a number of really disturbing statistics about how Covid and the cost of living have affected many American households.

* 28% of Americans reduced or forwent basic expenses such as food and medicine so they could pay their energy bill in the last 12 months.

* 18% of adults report having kept their home at a temperature that felt unsafe or unhealthy in the past year due to rising energy costs.

* One in five people have been unable to pay the full amount of their energy bill at least once in the past year.

* In some states, the percentages of residents sacrificing basic expenses to pay energy bills is significantly higher than the national averages.”

And the United States is not alone. While U.S. inflation has jumped at its fastest pace in nearly 40 years, the UK’s inflation is at its highest rate for 30 years.    According to the BBC:

Electricity and gas bills for a typical household will go up by £693 a year in April, a 54% increase.

The EU and many other countries are also feeling the pain of increasing energy costs.

In 2020, euro zone households spent an average of 1,200 euros on electricity and gas. That figure is set to swell to 1,850 euros this year, according to analysts at BofA, as geopolitical tensions push up natural gas prices which the scarce supply of energy from renewable sources cannot offset.

What Does This Mean?

Our money is simply not going as far as it used to and our wages and salaries are not keeping up with the rate at which the cost of living is rising.  Could a DIY solar generator be the answer to rising energy costs?

What Is A Solar Generator?

Because the amount of power you are able to generate through your solar panels will vary depending on the weather, for example, many systems use batteries to store excess energy produced.   This allows the solar generator to have a reserve energy store that allows it to continue running even if it is cloudy or even overnight.  As long as your solar panels are able to collect enough sunlight to recharge the batteries, your generator will continue running.

Advantages Of A DIY Solar Generator

There are many advantages to building a DIY solar generator, especially compared to more traditional types of generators and systems.

Because solar generators are powered by the sun, they do not need to burn fossil fuels to run.  No fossil fuels mean no horrible fossil fuel emissions or fumes!

Many solar generators don’t make any noise at all.  Even systems that require a cooling fan to run don’t produce a lot of noise, especially when compared to traditional fuel-powered generators.

Because solar generators don’t burn fossil fuels or emit any carbon monoxide, they are safe to use just about anywhere including inside.

DIY Solar generators can be built and customized to suit your specific power needs – right from a small, portable solar generator for camping and hiking all the way through to large units that can power a backyard aquaponics system, a house or even an off-grid homestead.

Portable solar generators are perfect for the great outdoors or road trips, especially if you don’t want to give up your modern luxuries like phones, cameras or laptops.

Once set up, your DIY solar generator will happily run on its without much maintenance required.  And because you built your solar generator yourself it will be easy for you to troubleshoot and make repairs as needed.

Should I Build My Own DIY Solar Generator?

There are quite a few advantages when it comes to building your own DIY solar generator.  One of the big ones is cost.  Generally, you can save anything from 50% and up when compared to buying a manufactured system.

Are you ready to give building your own DIY Solar Generator a shot?  Here are a few of the ideas to get you started.

The Smart Solar Box is a video course that promises to help you build your own DIY solar generator quickly and easily – about 4 hours when you build one for the first time. For a small-scale solar box, you will need about $200 worth of parts which you can get from any electronics store. Click here to learn more about this system.

How To Build A DIY Portable Solar Generator (48V)

This quick video shows you how to build your own portable solar generator. It gives you a block diagram along with a list of the parts that you will need.

The Backyard Revolution System is a blueprint and video guide showing you how to build your own MIT-designed solar tower. The system can be built for around $200 and is newbie-friendly. It also comes with three additional bonuses – Homestead EMP Protection Protocol, Energy Stockpiling Secrets and Homestead Alternative Energy Sources eBooks. It also comes with a 60-day money-back guarantee as well as 12 months of unlimited email access to the designer. Click here to learn more about this system.

This quick video shows how you can use a single car battery, a single 100-watt solar panel and a charge controller to build a very simple solar energy generator. You can run your computer, a few lights, or charge cell phones and other devices.

Awesome build for a DIY Solar Generator giving you all the features you want and saving you money as well!

Building your DIY solar generator will not only save you money but will also protect you and your family against unforeseen power cuts and unexpected increases in your power bills.  We’d love to know, have you built a DIY solar generator? Any tips and tricks that you would like to share? 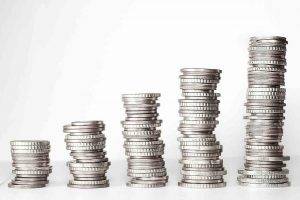 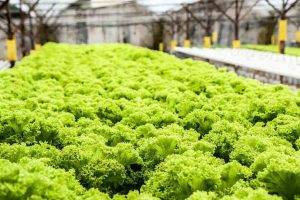 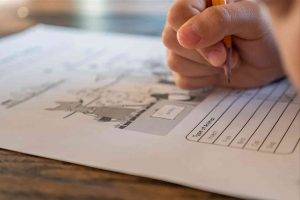 Tips To Help Your Child With Homework 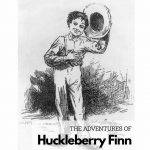