Whether you are hosting a kid’s party or you just have an energetic group of children that need to work off some energy, outdoor games are just about every mom’s go-to activity—sometimes the very best toy is the one called “outside”! We’ve put together 15+ awesome outdoor games for your kids and their friends. Most of these outdoor games are perfect for kids from about the ages of three to ten, but even older kids will enjoy most of them.

The tigers must lie incredibly still trying not to move. If the hunter spots a tiger moving he must call out their name and they are out of the game. The tiger then joins the hunter looking out for movement in the other tigers. The tigers that are now awake can try to trick the remaining sleeping tigers into moving if they can. However, touching the sleeping tigers isn’t allowed.

Sleeping Tigers is a great option to play with kids aged 3 to 5 if you need to calm them down after a bout of high-energy play! You could also try coloring pages or reading children’s books if more calming down is needed!

I don’t know about you but I have many a fond memory of this awesome game!

When the final line of the song is sung the children who are the orange and lemon will bring their arms down and trap one of the children in between them.  They then secretly ask the captured child if they would like to be an orange or a lemon.  The child quietly chooses and then takes their place behind the child that is either the orange or the lemon.

The game then continues until all the children have been trapped.  After the final child is caught the children then line up in their teams and there is a tug of war between the two sides to decide who wins the game.

The game is won when the child who started the game at the front of the line is once again at the front with the ball.

Before the game begins, the gift needs to be wrapped in at least ten layers of tissue paper, wrapping paper or newspaper.  The more layers the better!

This is an amazingly fun game, especially for young children who love unwrapping presents!  If you want to try to make it more fun you can add tiny gifts or tokens in between the layers of paper so that there are a few little gifts to be found as the game progresses.

Another oldie but goodie!

All the children form a circle holding hands.  They then sing the super fun Ring-A-Ring-A-Rosy song and dance around the circle. When they get to the final line of the first verse they all fall down onto the floor.

The second verse of the song begins with the children still on the floor pretending that their hands are fish swimming through the sea. When they get to the final line of the song they all jump up off the ground when the song goes, “One, Two, Three!”.

This is a really fun game, especially for active kids who love to run and chase!   You will need a fair amount of space for this one.

One child is chosen to be the King and they have to stand at the bottom of the garden.  The other children all go to the opposite side of the garden.  When the game begins the king faces away from the other children.  The king then loudly chants “K-I-N-G SPELLS KING!”.  While doing so the group of children slowly (or quickly) begin moving towards him.  When the word “KING” is chanted the king quickly turns around.  All the children must freeze in place and not move.

The children can be eliminated from the game if they move after freezing in place when the word “king” is chanted and the king turns around. The game then continues until either all the children are eliminated or the king catches someone after being tagged.

The child who taps the king on the shoulder becomes the king in the next round regardless of who the king catches.

Instead of the king keeping a steady rhythm when chanting, he can shake things up by playing with the timing of the chant. This will allow him to turn around when the other children aren’t expecting him to making the game even more fun.

The game starts with all the kids sitting in a circle.  One of the children is chosen to begin the game.  The child whispers a short message into the ear of the child sitting next to them.  In turn, this child whispers the message to the child sitting next to them.  The game continues until the message gets to the last child who shares what they heard with the group.  The kids then compare the final message to the original one.  Of course the more children there are the more distorted the message gets!  If the children are very young then an adult can choose the message and whisper it to the first child.

This is a really fun game for children who love balloons and it is especially loved by young kids!

Another classic that has been played forever!  Ideal for most ages but really young kids might struggle a bit more to keep the egg on the spoon.

The children line up at the starting line and each child is given a spoon and an egg (or ping-pong ball).  The children hold their spoons in one hand and the egg is placed on the spoon.  When the start whistle is blown the children must race toward the finish line without dropping their eggs.  They are not allowed to use their other hands to steady or catch the egg if it falls.  If the egg does fall they have to use just the spoon to try to pick it up.  The first child to successfully cross the finish line with their spoon is the winner.

If you have lots of children playing you can do an egg and spoon race with two (or more) teams.  In this variation, you place two markers in the garden.  The children line up behind one another in their teams at the first marker.  The first child on each team is given the egg.  When the race begins they race to the second marker with their egg and spoon just like the traditional race but instead of stopping they turn around and race back to their team.  When they reach their teammates they pass the egg from their spoon onto the spoon of the next teammate.  The first team to have all the children race to the marker and back wins.

To set the game up you will need to line all the cardboard boxes up at the start line.  Each child will have 3 potatoes (or more).  The potatoes are placed at regular intervals of about 5-6ft along the race track in each child’s lane.

Just like the egg and spoon relay race, the potato race can also be played as a relay race.  The children form teams and line up behind each other.  The first child on the team races to collect the first potato.  When they get back to their team they throw the potato into their box and tag the next teammate who races to collect the second potato.  The team who collects all their potatoes wins!

A classic game of coordination and teamwork!

Each of the kids is given a sack which they climb into.  They hold the sack up to their waist and when the start whistle is blown they race towards the finish line hopping and jumping with two feet together so that they don’t fall! The first child to cross the finish line wins!

The Rabbit And The Fox

This is the perfect game when you have a really big group of kids!

The children select one child to be the fox and another one to be a rabbit.  The remaining children divide into groups of four.  Each group then chooses their own rabbit.  The remaining three players in the group form a circle by placing their hands on each other’s shoulders.  The rabbit in each group takes their place in the center of the circle which will be like a safe den for them.

The object of the game is for the fox to catch any one of the rabbits.

The game begins with the fox and the original rabbit being placed on opposite sides of the garden.  The fox then chases the rabbit and the only way that the rabbit can be safe is for it to go into one of the dens.  However, there can only be one rabbit per den so when the original rabbit enters a den the rabbit that is already in the den has to leave and he must find another den to hide in – he isn’t allowed to go straight back into his den but must find another den to hide in.  The game continues until the fox catches any of the rabbits.  When this happens the caught rabbit becomes a fox and the game continues.

Are instructions really needed for this one 😉

There are many awesome outdoor activities and outdoor games that kids between the ages of three and ten can play with their friends. And as an added bonus, many of these don’t need any special equipment. We’d love to know, have we missed any that were your favorites as a kid? Let us know in the comments section below! 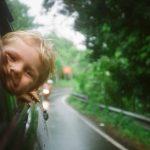 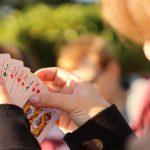 5 Easy Card Games For Kids – You Only Need A Standard Deck Of Cards! 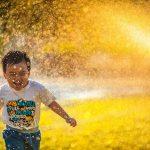 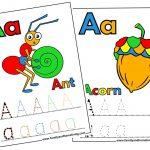 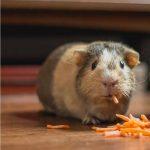 What Should A Child’s First Pet Be? 11 Great Pets To Consider (That Aren’t Cats Or Dogs)! 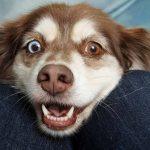