The book was incredibly controversial when it was first published because it explored the ideas of race and identity and it strongly condemned the institutionalized racism that was present in the South before the civil war.  It was even banned in some places because many found the book brash and crude and they didn’t like the idea of Huckleberry Finn becoming such good friends with a slave.   Likewise today, the book has been banned in many schools today because it uses racial slurs which unfortunately were common at the time when Mark Twain was alive.

You can download your free copy of The Adventures of Huckleberry Finn PDF by clicking the button below. Depending on what device you are using, the PDF book will either open in a new tab or download to your device.

If you would like to download a copy of The Adventures of Huckleberry Finn book to your device, you can right-click the button and choose “Save As…”.

Is The Adventures Of Huckleberry Finn PDF Free To Download?

Yes, it is! Mark Twain first published The Adventures Of Huckleberry Finn in 1884 so it is in the public domain. You are therefore welcome to download and read it for free. We hope you enjoy it!

The Adventures Of Huckleberry Finn Summary

The Adventures of Huckleberry Finn follows the story of Huckleberry Finn, or Huck, who is about 13 years old.  He is a kind, good-natured boy who unfortunately has a very abusive father who is known to be the town drunk.    Although Huck has never had any type of formal education and he battles to fit in, he is imaginative, intelligent and very independent.

At the beginning of the book, we see that Huck is being looked after by the Widow Douglas and her sister, Miss Watson, who believe that they can “civilize” him.  One day Huck’s abusive father Pap arrives, kidnaps Huck and locks him in a cabin where he frequently beats poor Huck! One night Huck decides to escape. He fakes his own death by smearing animal blood all over the shed before making his escape.  He hides on Jackson Island and watches as the townspeople search for him.

After a few days he meets Miss Watson’s runaway slave Jim.  Jim ran away after overhearing Miss Watson talking about selling him to another plantation where he would be separated from his family.  Jim is an intelligent and selfless person and Huck and Jim quickly become very good friends.  Jim teaches huck that humanity has nothing to do with race.  Jim is a character who is in stark contrast to Huck’s own father Pap.

Jim and Huck live on the island like castaways until one day they find an abandoned raft and house that have been swept down the Mississippi River after a massive storm. Jim finds a dead man inside the house but he refuses to let Huck see the dead man’s face.

To get news about what’s happening, Huck disguises himself as a girl and sneaks into town.  He finds out that there is a $300 reward for Jim’s capture.  He also finds out that people have begun to suspect that Jim might be hiding on the island because they sometimes see smoke coming from there.

Jim and Huck decide that it is time to leave the island on their raft.  They intend to travel to the free states where slavery isn’t allowed.  They have many adventures along the river until they finally meet two con artists who run different scams in the towns along the river.  The con artists, known as the duke and dauphin, join Jim and Huck but one day they sell Jim to a local farmer.

Huck is furious and vows to save Jim.  Soon Huck discovers that the people who have bought Jim are Tom Sawyer’s aunt and uncle, Sally and Silas Phelps. Tom decides to help Huck rescue Jim and after elaborate planning and scheming they manage to free him.  However, while they are escaping Tom is shot in the leg and Jim stops to help him, sacrificing his freedom for his friends.

The next morning, they find out that Jim is in fact a free man.  Tom reveals that he knew that Miss Watson had died two months earlier and in her will she asked that Jim be freed.  Tom had planned the entire escape not to free Jim, but just as an elaborate game.

Jim then tells Huck that his father Pap is also dead and that it was his body that Jim found in the house at the beginning of the story.

The book ends with the Phelps family wanting to adopt Huck but he decides to go west instead of putting up with any “sivilizing”.

The Adventures of Huckleberry Finn Movies And Adaptations

The Adventures of Huckleberry Finn | 1960

This adaptation was directed by Michael Curtiz and starred Archie Moore as Jim and Eddie Hodges as Huck. Interestingly Archie Moore was a professional boxer who held the title of longest reigning World Light Heavyweight Champion. The Adventures of Huckleberry Finn was Moore’s first acting role. Although he didn’t go on to become a full-time actor, he did accept quite a few other movies and television roles over the years.

This Disney adaptation was directed by Stephen Sommers and it stared Elijah Wood as Huckleberry Finn and Courtney B. Vance as Jim. Archie Moore actually appears in this adaptation in a cameo role! The film was very well received and it ended up being a financial success as well.

Huck and Jim are wonderful characters who take us on an exciting adventure down the Mississippi River. Along the way we meet all sorts of interesting characters who bring the entire story to life. Download a free copy of The Adventures of Huckleberry Finn PDF here to share in Huck and Jim’s story! 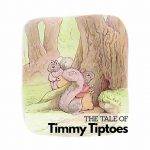